The Lion King is probably the greatest masterpiece of Disney in the 90s. It is also well known for its soundtrack, created by Elton John in person.
Meet Simba, Mufasa, Scar, Timon, Pumbaa, Rafiki, Nala and Zazu also in our images from Lion King ! 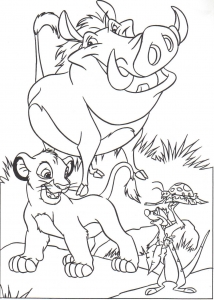 Timon, Pumbaa with their friend Simba

nunc Sed amet, dolor mattis ante. sit Praesent Nullam lectus quis Donec
This website or its third-party tools use cookies, which are necessary to its functioning and required to achieve the purposes illustrated in the cookie policy. If you want to know more or withdraw your consent to all or some of the cookies, please refer to the cookie policy in our Legal Mentions page. By closing this banner, scrolling this page, clicking a link or continuing to browse otherwise, you agree to the use of cookies.Ok