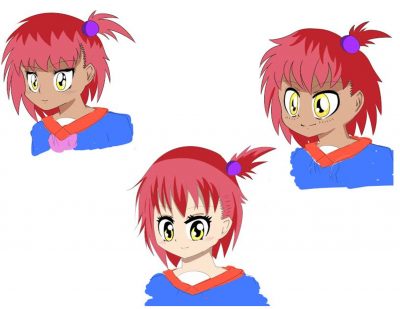 The drawing style of manga has evolved since its creation.

In this article, we will talk about its evolution and, more specifically, the evolution of characters.

Character design is in constant evolution.These changes are influenced by modern style and technology.

In the 80s, animes started appearing outside Japan. These animes created a real interest for manga across the Occident. At the time, animes are created one frame at a time, by hand.

This era thus possessed its own characteristics, found in a lot of characters:

These characteristics defined character design for around 2 decades, also with some variations.

From the year 2000 on, character design change as to add a new type of hero. These new heroes are teenagers, small and thin, opposite of the overly muscled man from the 80s/90s. This new design let the readers identify themselves to the heroes more easily, following new rules.

All those elements are personal interpretation, as such some could have been overlooked.