Here is a coloring of BB8 (BB-8), a new robot that will be appearing in Star Wars Episode 7, The Force awakens, to help the famous R2D2 and C3PO.

I made this drawing of BB8 half with computer (Photoshop) and half by drawing, from a promo picture. Here are pictures of the “making of” : 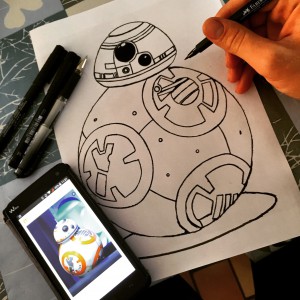 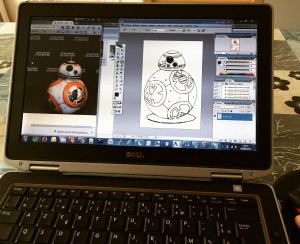 So it is not an official Disney / Lucasfilm coloring, but an original work (so not necessarily perfect, thank you for your indulgence :)).

Until the release of this highly anticipated film,you can color this cute robot droid all round in two versions, avaiable on www.coloring-for-kids.net and www.justcolor.net : 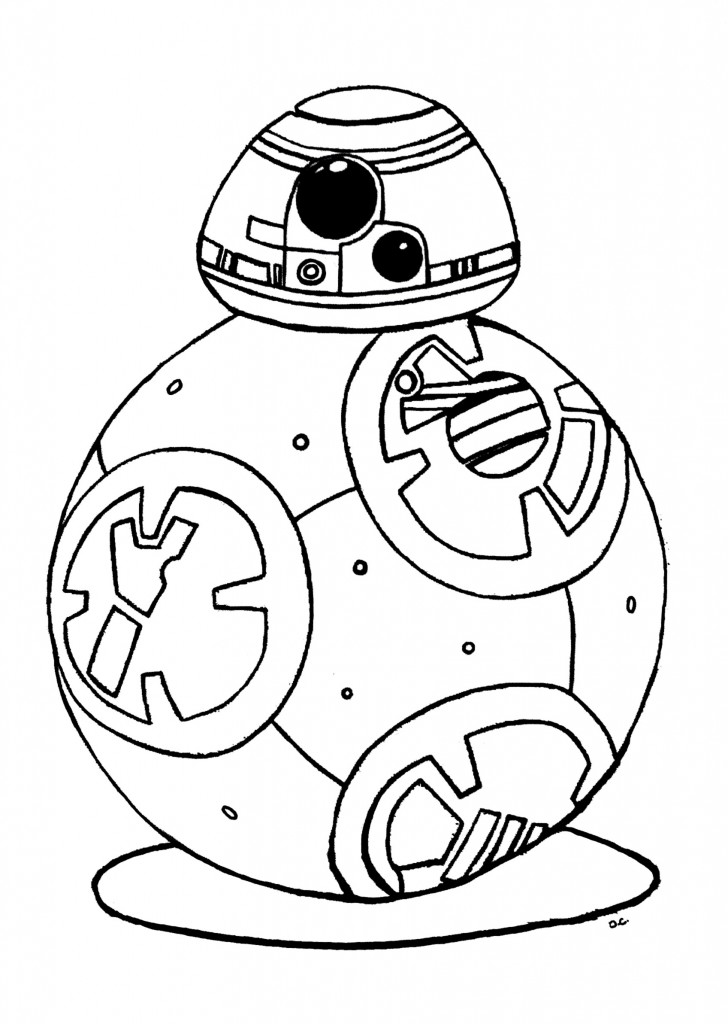 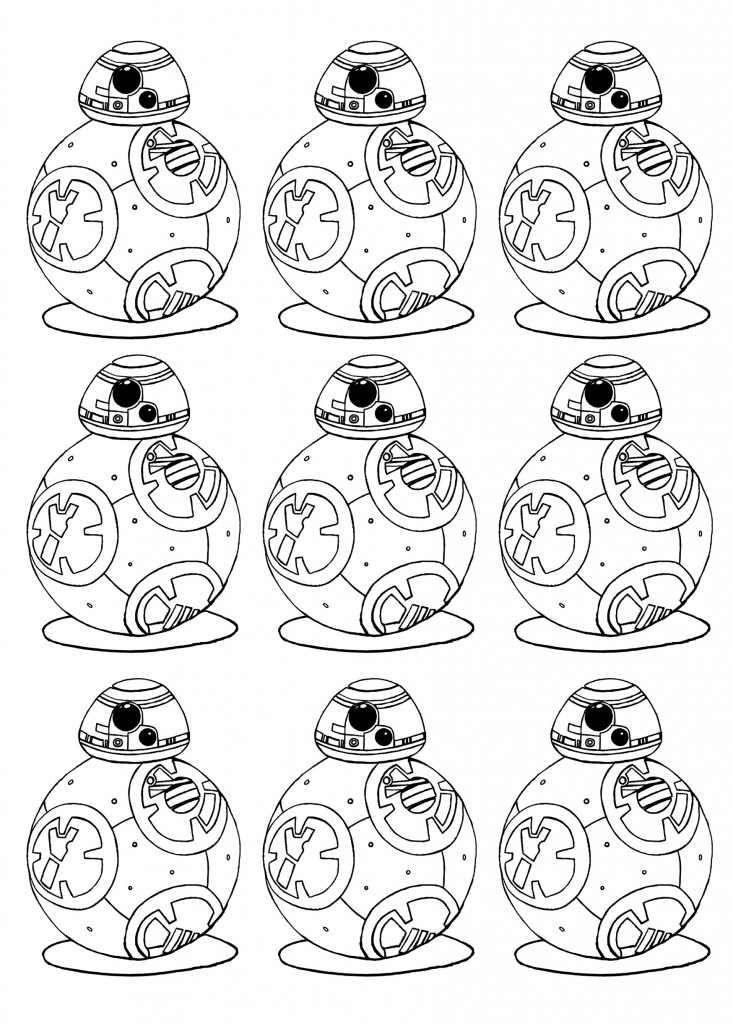 Do you know that this robot really works ? Indeed BB-8 is not a virtual character as the quickly forgotten Jar Jar Binks.

Director of Star Wars The Force awekens JJ Abrams insisted that this robot was made of flesh and blood (rather metal and bolts) for several scenes of the film.

Direct link to the coloring page of BB8 on our website