Manga is a Japanese term meaning “comic”. Manga in Occident is today perceived as a comic coming from Japan. In Japan, it signifies both comic and cartoon.

In Japan, people from all ages read manga. The different genre of manga let this large public satisfied. These genre include action-adventure, sport, business, historic, comedy or even romance among others.

Manga became popular in Japan in the 1950s, during American occupation after the second war.
These Americans are the ones who bring with them comics and films. This new source of inspiration is the origin of the new manga era. It is the start of the golden age. 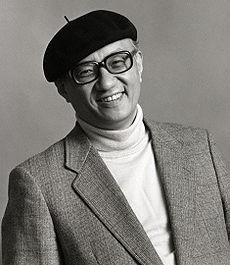 This renewal of manga took place under the action of mangakas of the time, greatly inspired by western culture. One of those actors was Osamu Tezuka(Astro Boy). Passionate of animation and drawings, he uses ideas from Disney movies. It is in this way the archetype of a character with large eyes, a small mouth and a pointy chin is born. He also introduces elements used in film making, such as making sound effect apparents in pages that looked more like story board.

With the war came restrictions, and manga wasn’t an exception. To publish, the impression had to be black and white and paper of low quality. But it also brought new techniques to cope. First was the length of a manga. The low quality paper allowed for more pages at a time (100 for a manga, 20 for a comic). Then came the drawings and pagination.

Manga has a really distinct style from comic. The medium being smaller, the page is split in small panels. The layout of those

panels can entirely revolve around a single onomatopoeia.
Those small panels also force the use of a background less detailed than those in comics. As such, characters become the focal point.

Characters in Manga, disposing of a limited space, are mostly represented through their faces.
The face became so expressive for this reason.  Faces today correspond to an archetype. For example a kind and trusting character will mostly have large eyes, because he shows his emotions. Whereas an evil character will have smaller eyes, hiding those emotions.