Student in visual communication, Sofian worked for coloring-pages-adults.com during an internship in March 2016.

He had the opportunity to realize many black & white drawings which combine simplicity and thoroughness.
The topics worked by Sofian were varied : Art history (Leonardo da Vinci, a representation of Louis XIV of France, a drawing inspired by the painter David depicting a scene of ancient Rome), current events (presidential elections in the United States), sport (the Rio 2016 Olympic Games).

With a sense of detail and observation, he also used all his artistic talent to represent cities and monuments : Rio de Janeiro city, the Basilica of St. Basil's on Red Square in Moscow. 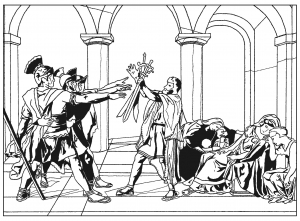 Coloring page created from the painting "Oath of the Horatii" (Neoclassical style) by Jacques-Louis David, finished in 1785. Drawing 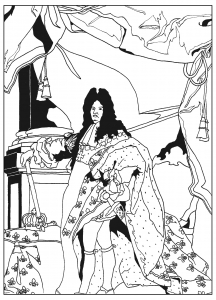 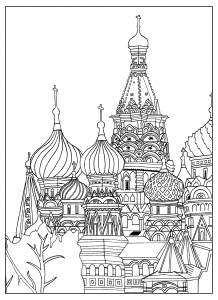 Adult coloring page of the Saint Basil's Cathedral, in Red Square in Moscow. By Sofian 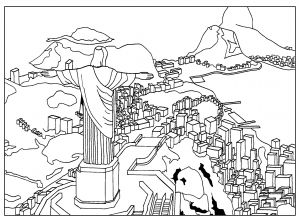 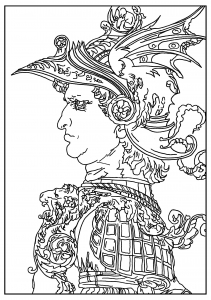 Coloring page created from a drawing by Leonardo Da Vinci : Profile of a warrior in helmet (1477)