The Psychedelic movement emerged in the mid 60's, in parallel to the hippie movement. The term itself dates from the 50's, following an exchange between psychiatrist H. Osmond and the writer Aldous Huxley.
This artistic movement corresponds with the emergence of psychotropic hallucinogens, such as LSD. It is also strongly linked to the success of several "psychedelic rock" singers and bands (Jimi Hendrix, The Doors, Pink Floyd ...).

From an artistic point of view, this movement is characterized by drawings with sinuous curves and bright colors.
This art was particularly expressed through concert posters and album covers from bands performing at the time. 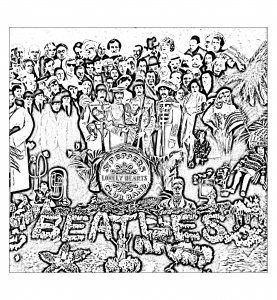 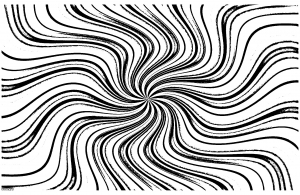 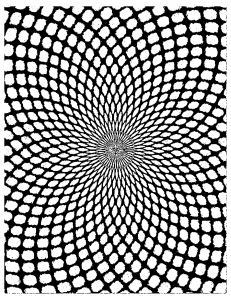 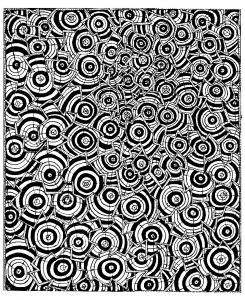 Varied patterns top color, with the style you prefer... 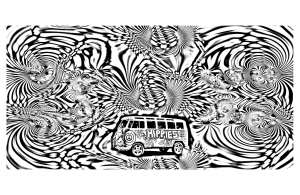 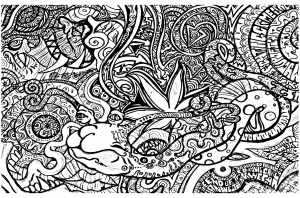 Color this strange creature and the various weird objects surrounding it 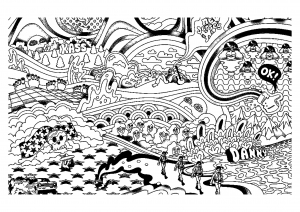 Explore this funny and wacky landscape, with strange characters walking on a path 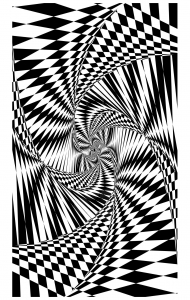 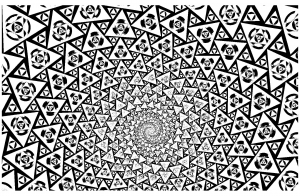 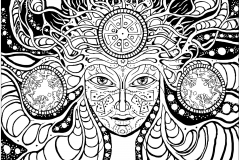 Psychedelic woman : color this woman face and the strange patterns that surround her 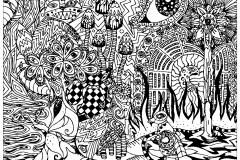 Psychedelic drawing to color : Where is the cat ? 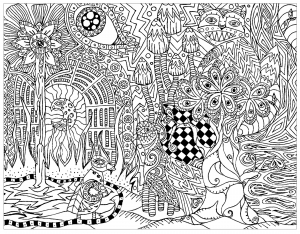 Psychedelic forest ! Do you see the cat hidden ? 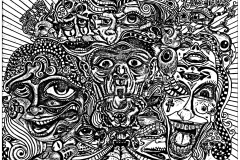