Rick and Morty is an American adult animated science fiction adventure comedy series. The series premiered on 2013, and the third season concluded on 2017.

It follows the misadventures of super scientist Rick Sanchez (a little bit mad …) and his not-so-bright grandson Morty Smith.

They split their time between domestic life and interdimensional (and very funny) adventures.

Rick and Morty Season 4 has been confirmed in May 2018 by Dan Harmon and Justin Roiland ! 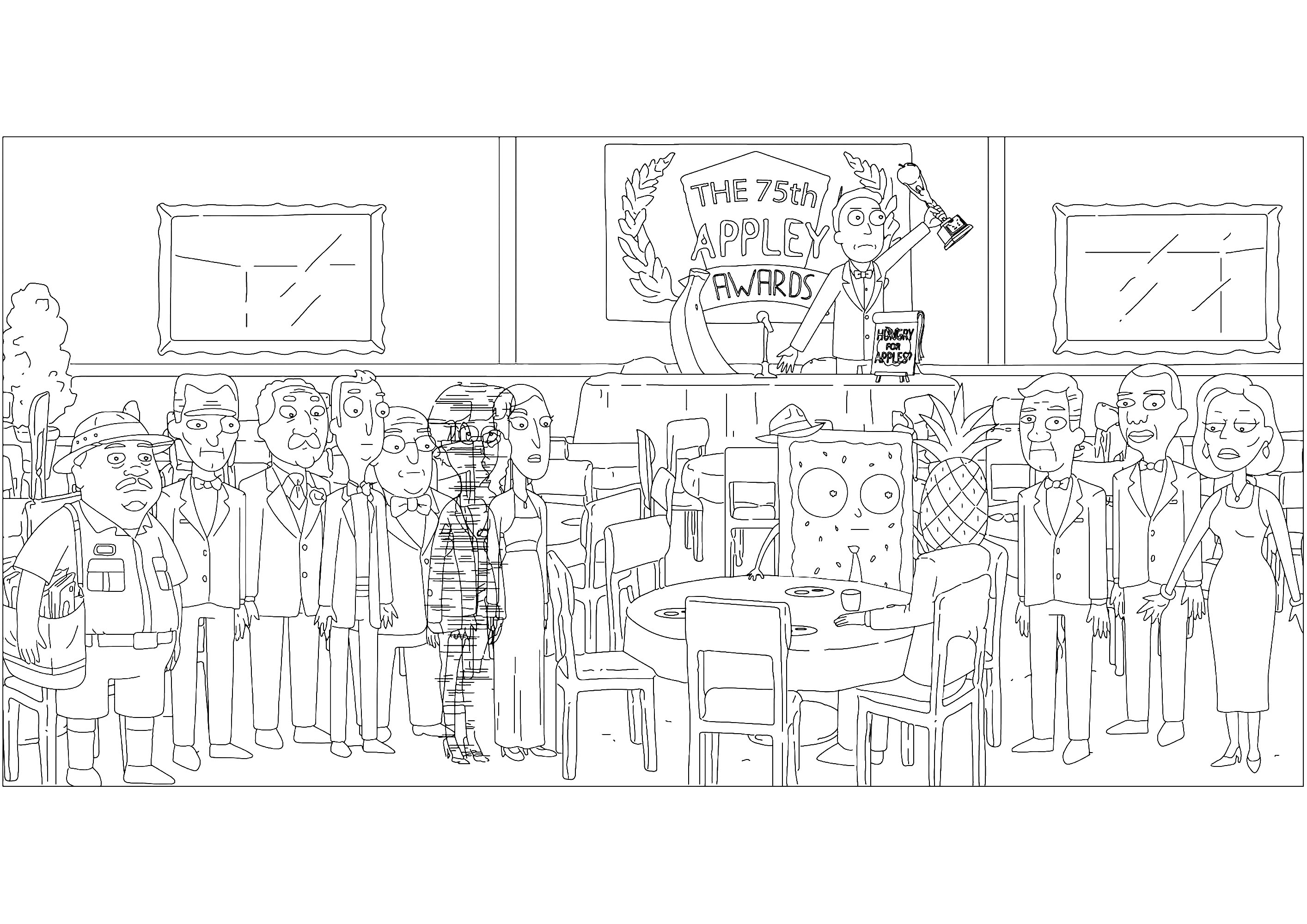 The 75th Appley Awards. Did you know ? This series originated from an animated short parody film of Back to the Future 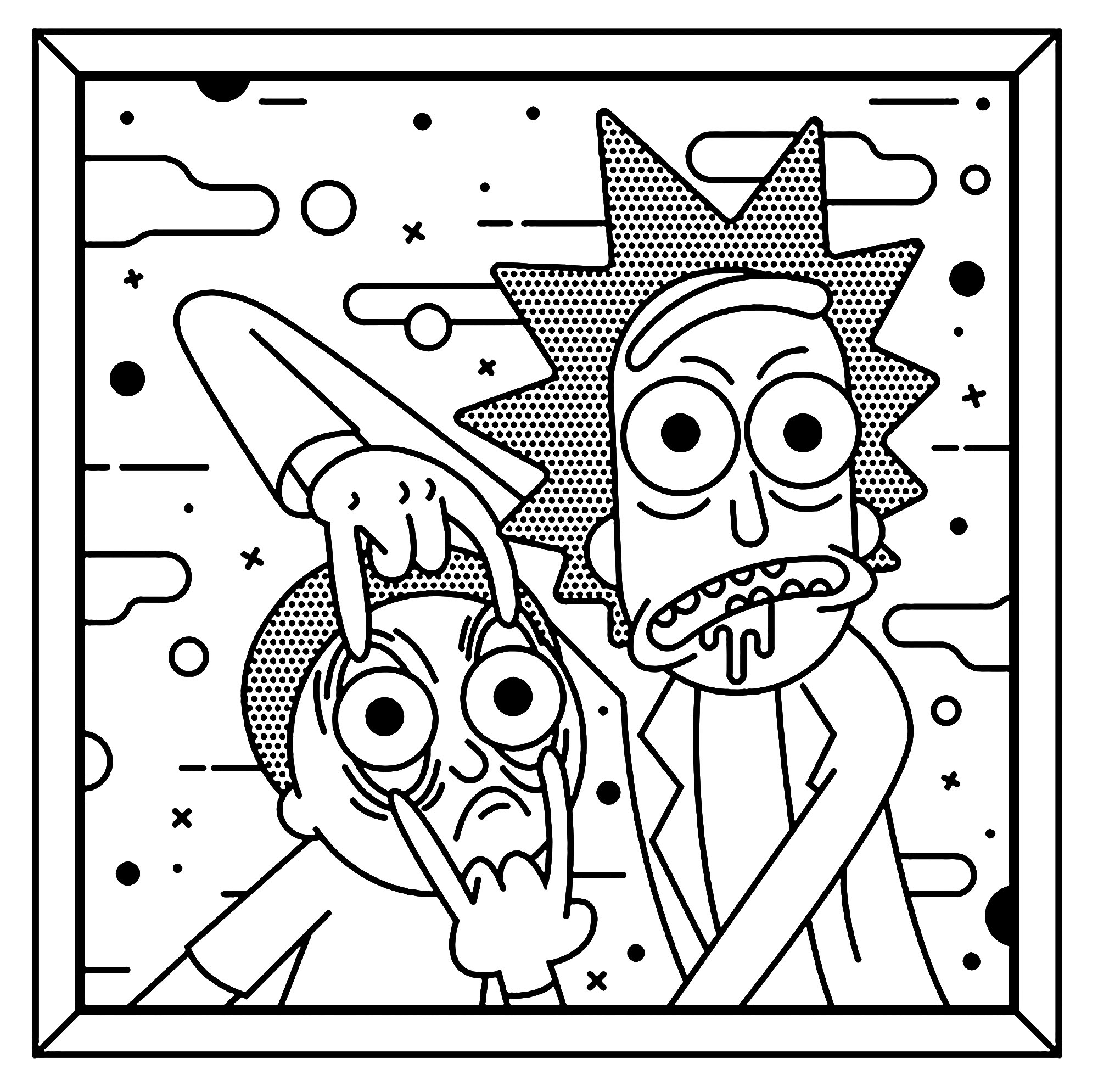 A drawing with Rick and Morty, in a very Pop Art's style. It looks like a true Roy Lichtenstein's painting. 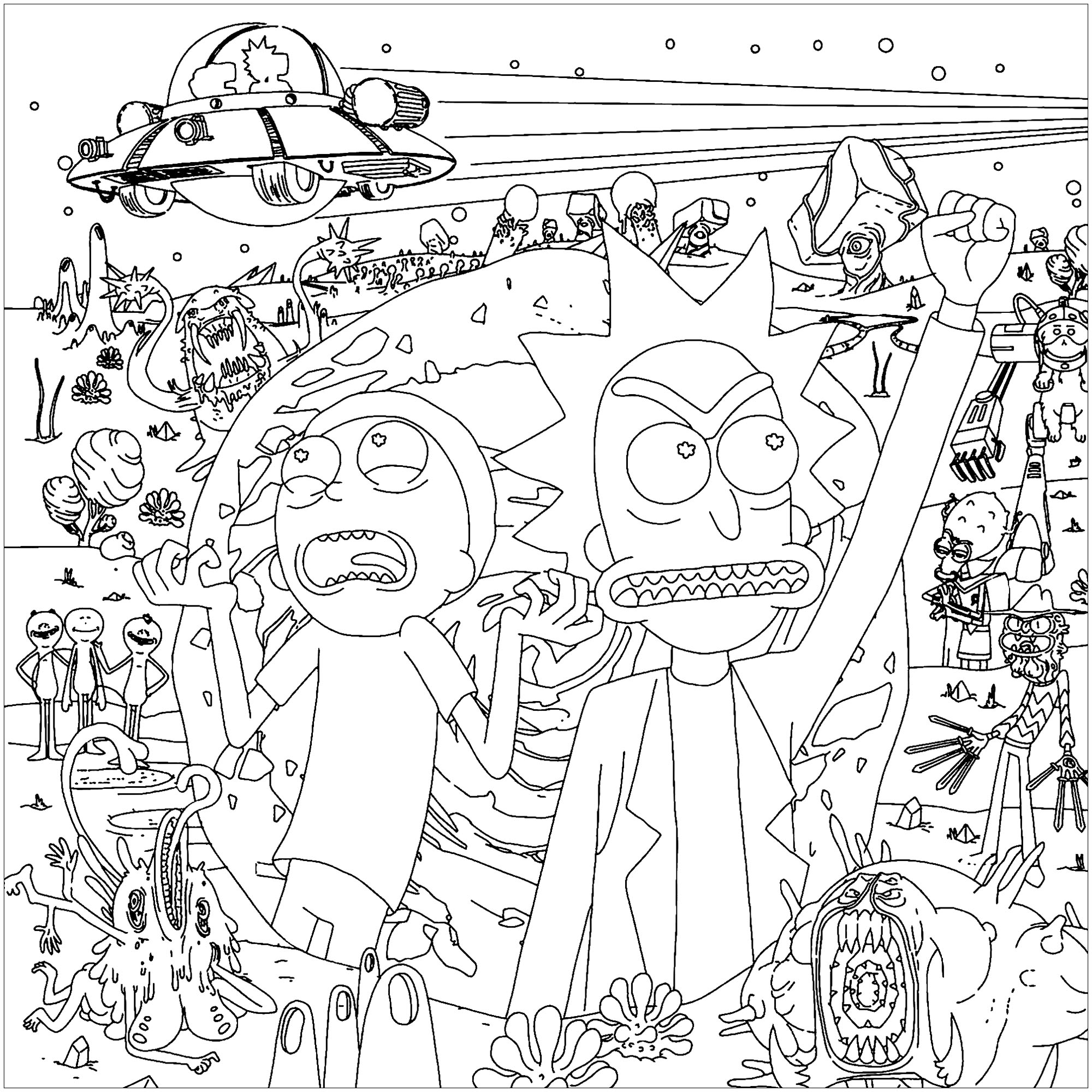 The silly scientist and his grandson are faced with strange aliens 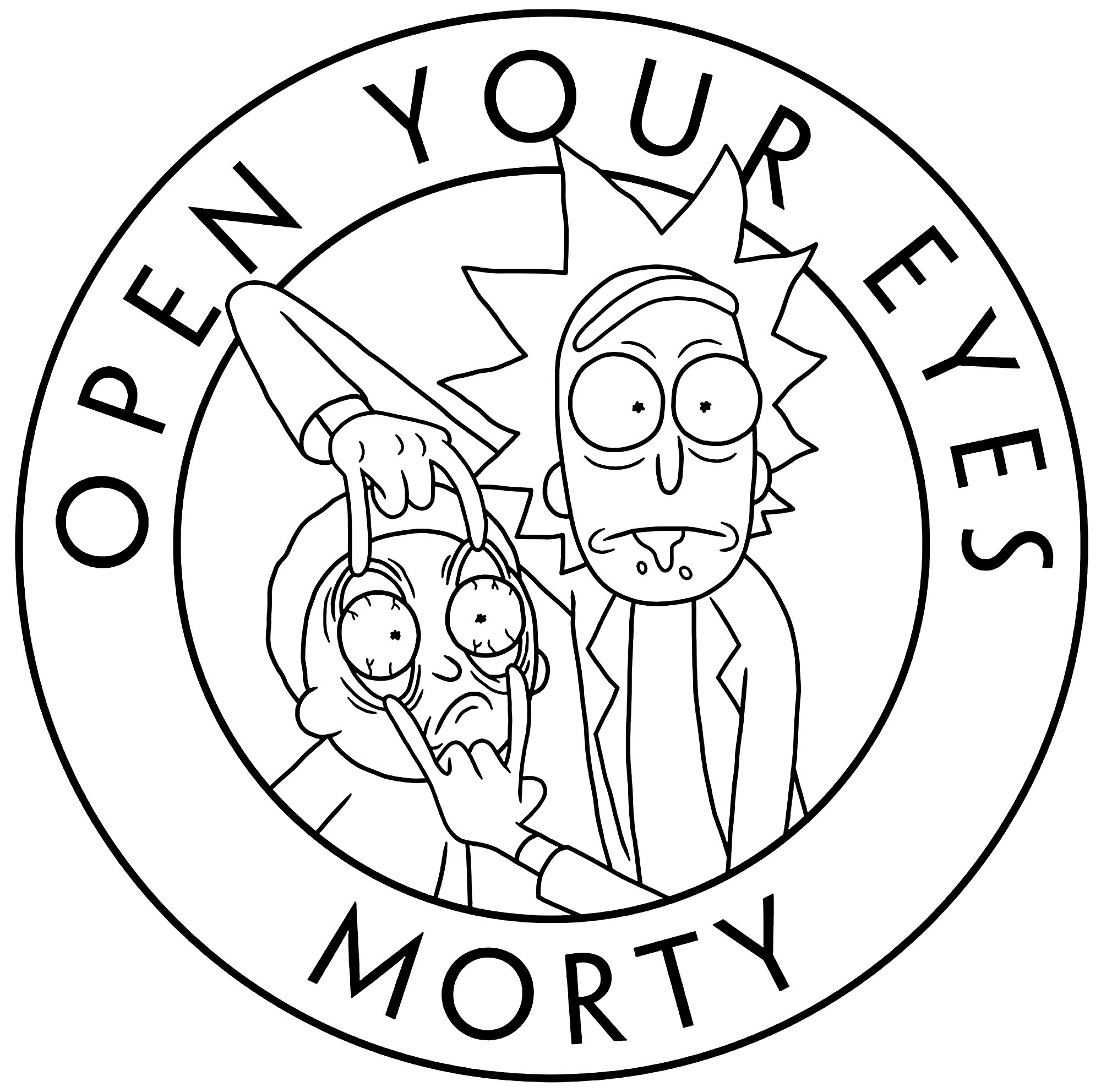 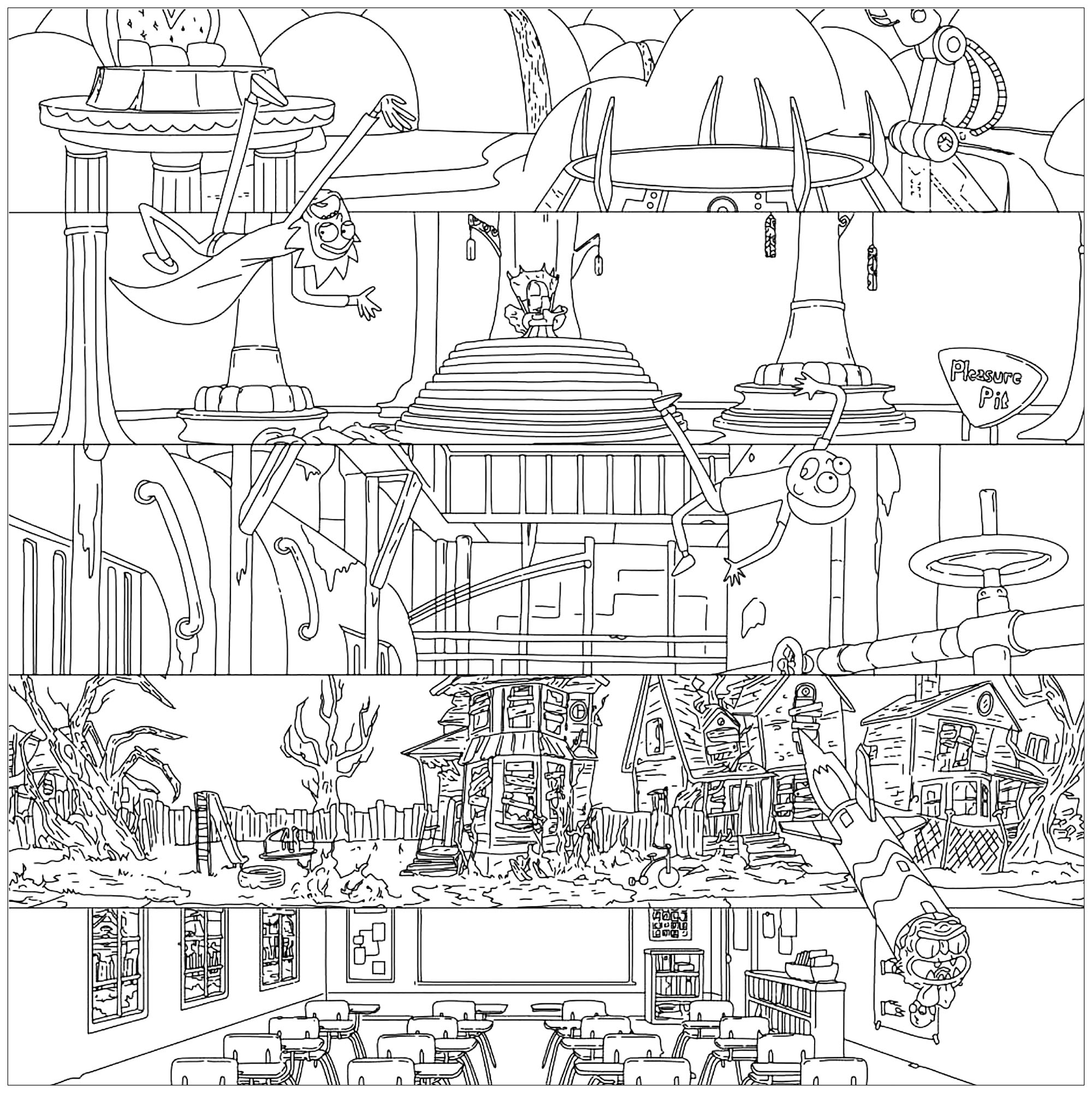 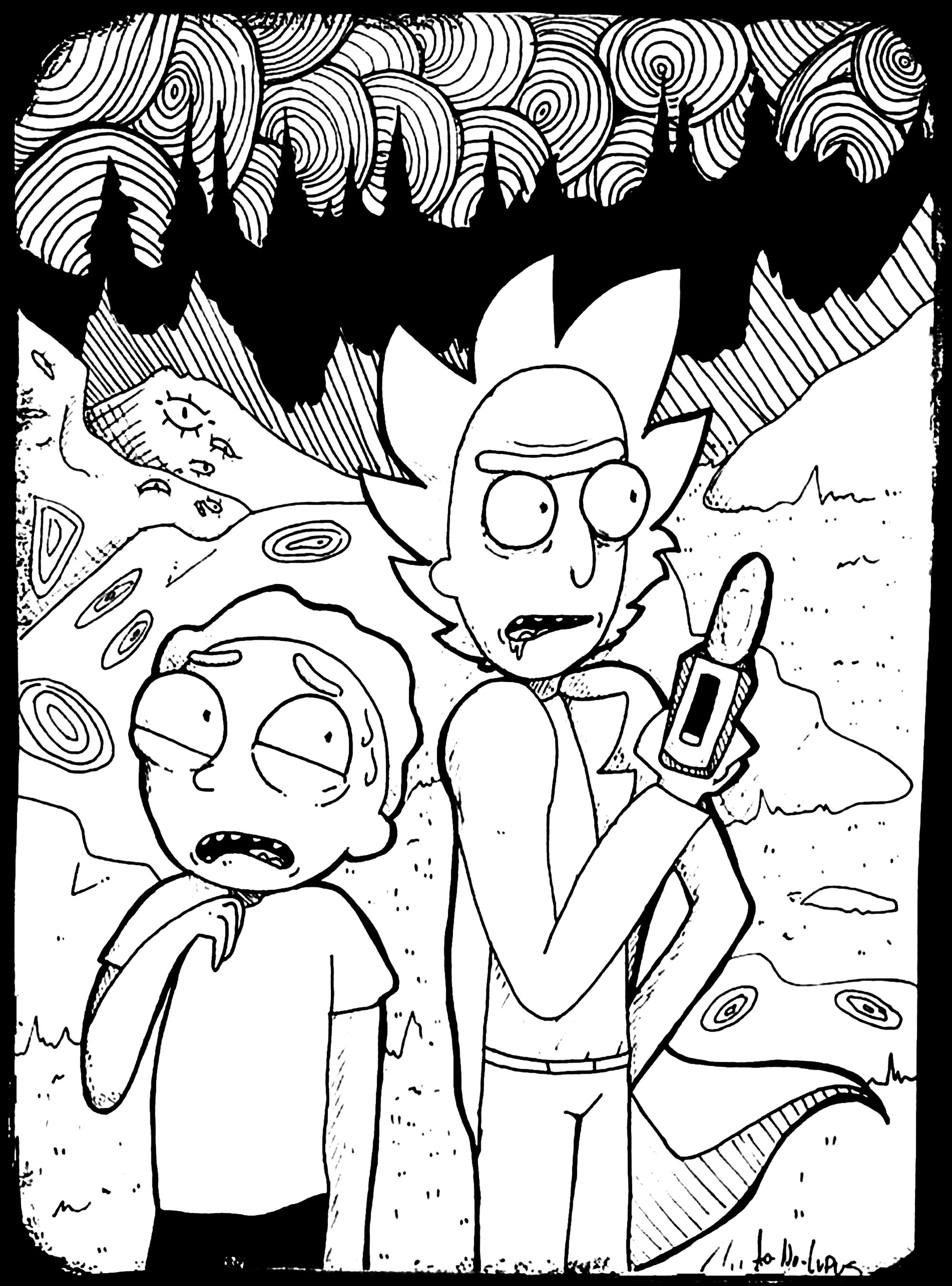 Drawing of the mad scientist Rick Sanchez and his grandson Morty Smith on a strange planet. Created from a fan-art by "Ao-No-Lupus". 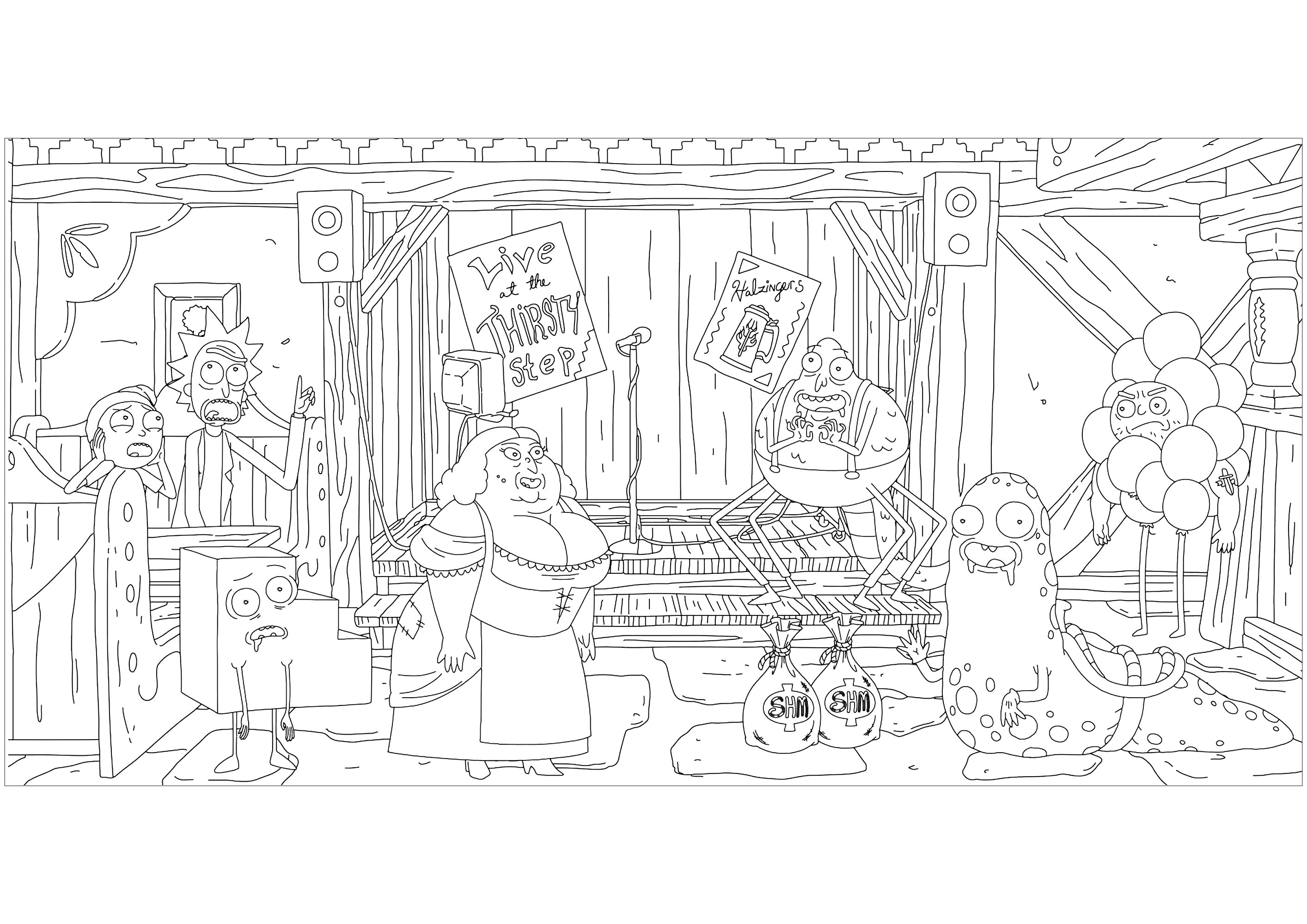 Funny characters to color, with Rick and Morty. This series premiered on 2013, and the third season concluded on 2017.