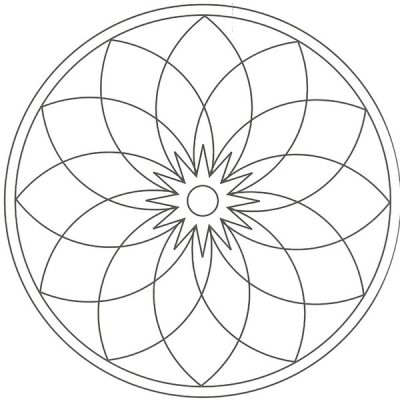 Originally, the Mandalas were mainly devoted to Buddhist meditation (see this article on the origin ). Today, due to its benefits, the Mandala has become an ornamental symbol that can be found in many “trend” objects.

First, you do you know that everyone can make a Mandala ?

Many of you have probably already drawn a rose. Equipped with a compass, a pencil and a sheet of paper, it’s possible to quickly obtain a creation such as the drawing below :

But of course, the “real” Mandalas are much more complete, more precise and richer in details than that ! Our Mandala coloring pages gallery is the proof of that. Don’t hesitate to explore it if it’s not already done …

THE MANDALA  : A PIECE OF ART

Here is a beautiful example of Mandala. Everyone can make a piece of art as long as it applies to make the Mandala more alive than a simple drawing on paper.

That’s what the British artist Asmahan A.Mosley, better known as Murder and Rose, did.

She expresses her creativity by sublimating mandalas thanks to the filling with the painting and her patience (between 8 and 54h of work according to the Mandalas).

And if in this article we talk about real trend it’s for nothing. Indeed, we find Mandalas everywhere !

Take the example of bookstores : Mandala books are often placed in the front row to attract the customers who before did not come for coloring books but just for books to read.

Where does this sudden craze comes from ? Why does it persist since several years ? What makes the Mandalas very used in Personal development, as well as in Art-Therapy ? It’s all its virtues that have produced its success…

THE BENEFITS OF COLORING OR DRAWING MANDALAS

But this is not the only use of Mandalas.

Here it is used as a wall tapestry but it is also found in carpets, cushions, coffee tables, linens and even crockery.

There are also mandalas in fashion accessories and summer clothes such as kimonos. 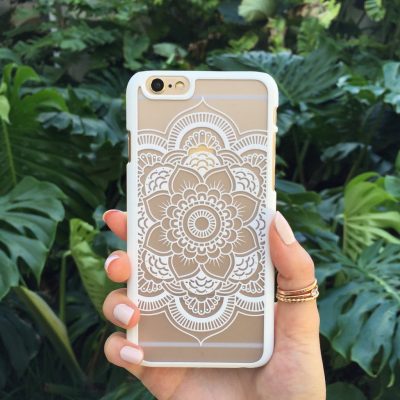 One of the big mandala trend ? smartphone, tablets and computer cases.

The case is often viewed as an accessory that allows the personalization of the phone because it’s not unique.

Most people think that the primary function of the case is not the protection of the phone but the aesthetics !

# 6 OF THE MOST REQUESTED TATOOS

Finally, it is on the skin that we find them. It is often an aesthetic and ornamental tattoo, rather than significant. It is one of the most requested pattern for tattoo artists. In 2016 he was the sixth most requested tattoo ! 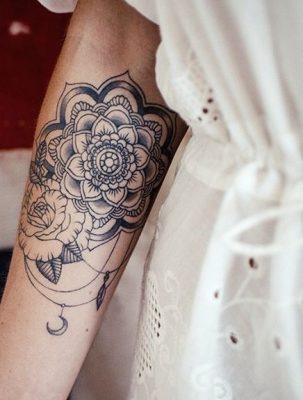 In the meantime, if you still haven’t found a Mandala carpet, tattoo or case , you can always find our wide range of Mandala coloring pages in this Mandala incredible Coloring pages gallery